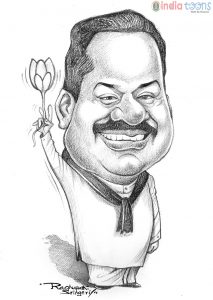 Sri Lanka’s parliamentary elections handed President Gotabaya Rajapaksa and his brother an overwhelming majority, results showed on Friday, giving the family power to enact sweeping changes to the constitution of the island nation.

The election has been postponed twice already this year because of COVID-19. Special restrictions are in place to minimize spreading the disease.

Rajapaksa had sought, and achieved, a two-thirds majority for his Sri Lanka Podujana Peramuna party and its allies to be able to restore full executive powers to the presidency. 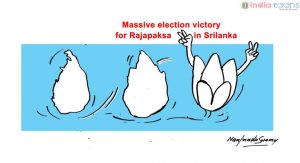 The ruling group won 150 seats in the 225-member parliament, according to a tally published by the election commission from Wednesday’s vote. 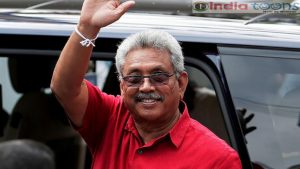 Rajapaksa said the restoration of full executive powers was necessary to implement his agenda to make the country of 21 million economically and militarily secure.

The brothers are best known for crushing the Tamil Tiger rebels fighting for a separate homeland for minority Tamils during the elder Rajapaksa’s presidency in 2009, ending a 25-year civil war.

“We will ensure (Sri Lanka) will not stand disappointed during our tenure,” Mahinda Rajapaksa said on Twitter.

Currently, significant power is bestowed on parliament and the prime minister after a previous government led by the opposition had amended the constitution and set up independent commissions to oversee the police and the judiciary among other arms of the government.

“We have seen in the past when governments have had a two-thirds majority it does not have to worry about checks and balances,” said historian and political scientist Jayadeva Uyangoda. 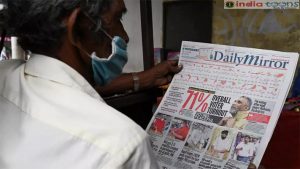 “In fact they have untrammelled power, that is what we have observed in both India and Sri Lanka. In the past in Sri Lanka the governments which had this level of power in 1970 and thereafter in 1977 generated a lot of social discontent.”

(With input from agencies)