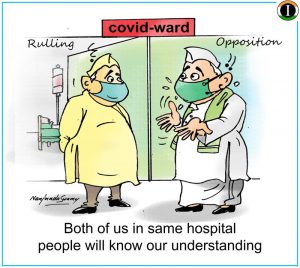 Nanjunda Swamy, a native of Shivamogga, is a relatively new entrant to the world of Karnataka’s cartoonists. Known for his vigour and enthusiasm, he has evolved as a fine cartoonist and caricaturist in a very short span of time. Creating cartoons and caricatures on a daily basis, his work reaches out and amuses people through the social media and many popular newspapers in the country.

Swamy’s father was an artist and painter.  As a child, Swamy grew up in an artistic environment and naturally his father became his first art teacher. Later, he went on to study the nuances of traditional art and drawing under the guidance and tutelage of master sculptor K Jnaneshwar. 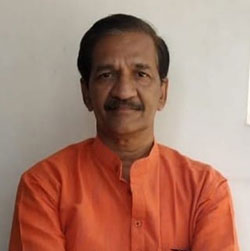 Nanjunda Swamy practiced both commercial and traditional art in Shivamogga. It was during those years that he was closely associated with other artists such as Ramadhyani, Megaravalli Subramanya, James Vaz and others. Having made a mark in commercial art in Shivamogga, it was in his fiftieth year that he moved to Bengaluru. And thus began his foray into cartooning. Many casual cartoons and caricatures which were shared on social media and websites caught the attention of stalwarts in the field and overnight their encouragement began to flow.

“INDIA, DEFEAT CORONA” – A fictional e-book novel released by my friend Lakshminarayana Krishnappa
It contains,
14 chapters spread over 232 pages, including colourful illustrations, cartoons, a saga of all Covid-19 events, across the world since 31-12-2019
– Available for purchase at http://www.pustaka.co.in/…/ebook/english/india-defeat-corona
– Very soon it will be available on all leading book sites of the world including ‘AMAZON’.
– Please buy, read, send us your feedback and encourage us.
#crona2020 #pustaka #coronavirus #DefeatCorona 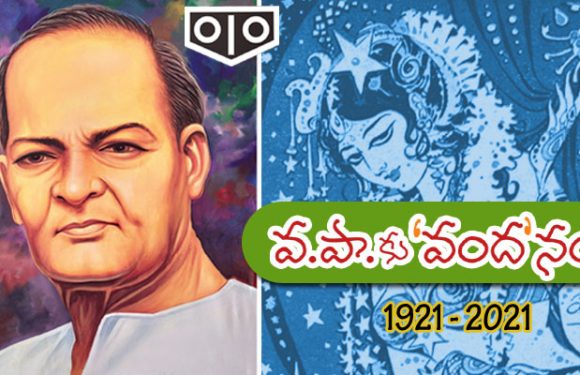 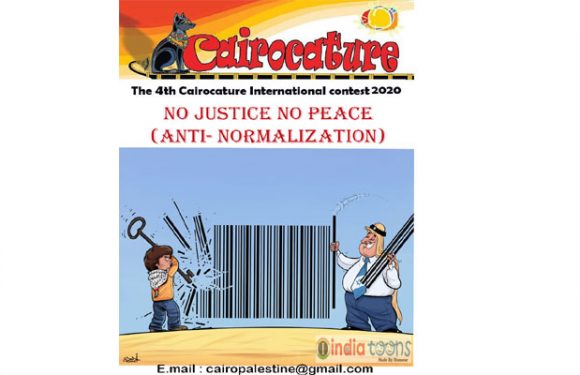 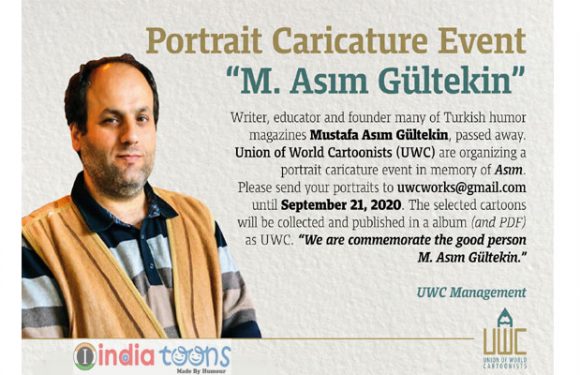