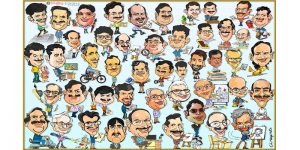 Karnataka Cartoonist’s Association is publishing a cartoon book in colour to showcase the cartoonists of Karnataka with their cartoons and short introduction of each cartoonist. The idea of this project came up when noted Kannada cartoonist, Naganath Gowripura has been introducing Kannada cartoonists with their cartoons, introduction and drawn caricature of respective cartoonist and publishing through KCA’s official whatsapp group “Vyangya Taranga” under the title – ‘Cartoon Kalarava’ since last 2 years. 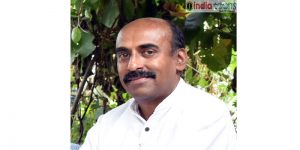 A team of senior cartoonists formed as a panel to guide the printing of the book. According to the president of KCA – Sri V R C Shekhar, approximately 100 cartoonists will be included in the book. He also mentioned that this book is going to be first of its kind in the Kannada cartoon history where 100 cartoonists’ directory with all the information of individuals which may be helpful to the younger generation cartoonists and it will definitely inspire new generation youths to become cartoonists.
Courtesy GS Nagantah Garu